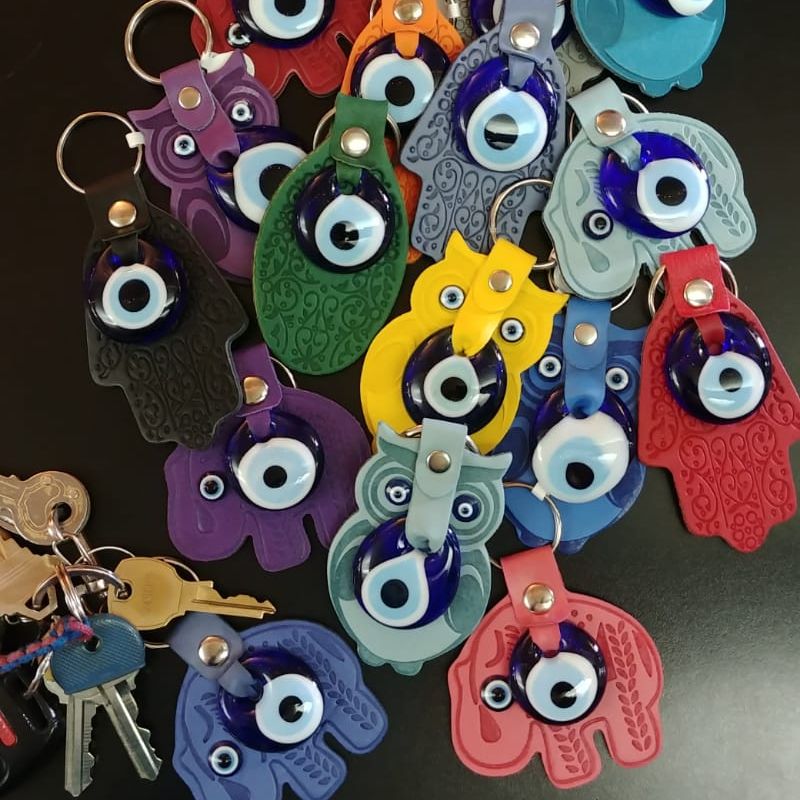 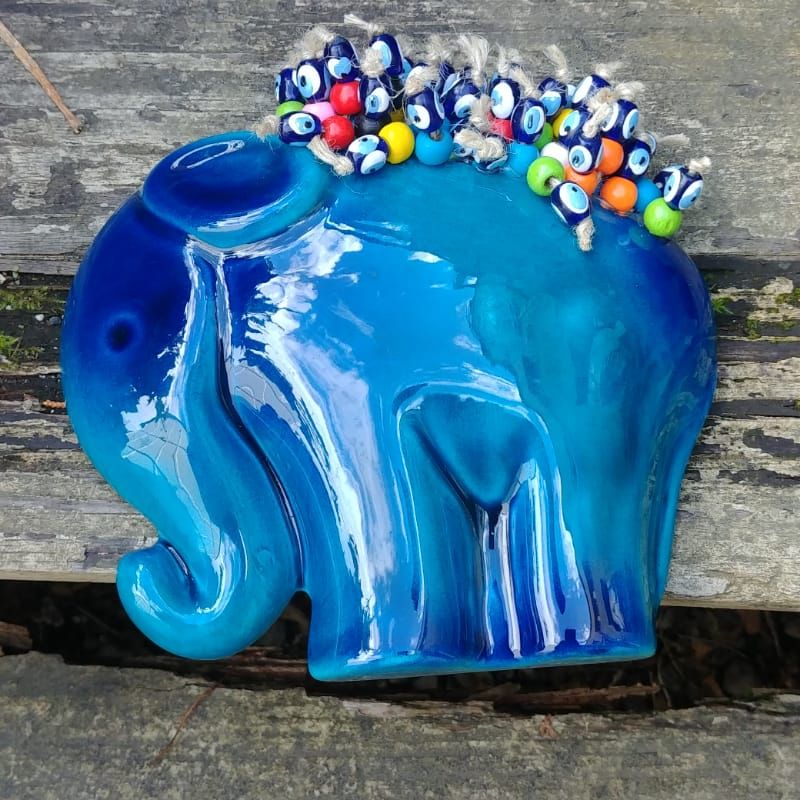 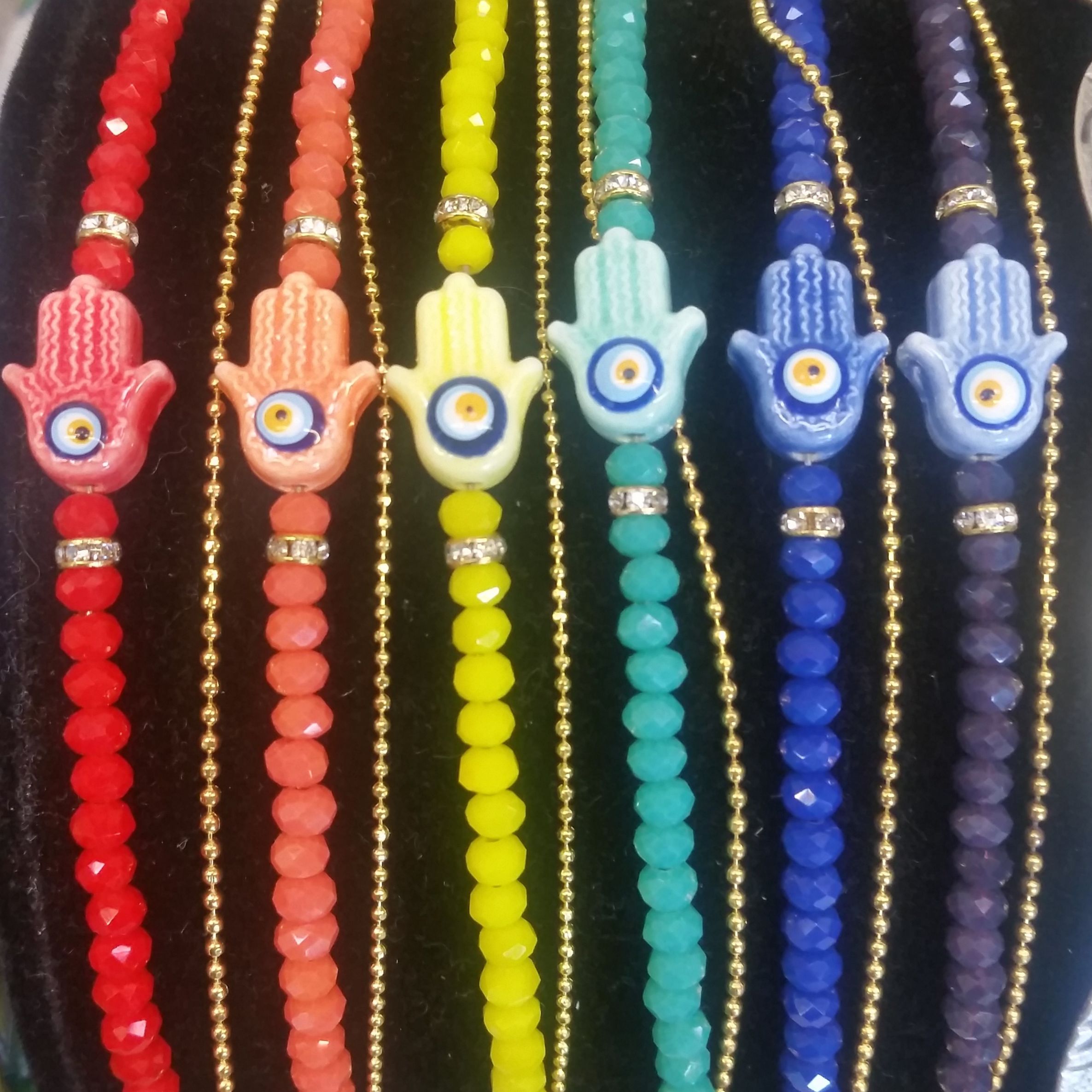 The Nazar Boncuğu, or evil eye, is a Turkish tradition dating back over 3,000 years. Evil eyes are used as protection against bad intentions, bad luck, and jealousy. As a legacy of the former Ottoman Empire, the Nazar are common not only throughout Turkey, but also in most of the Middle East, North Africa, and Central Asia. The Nazar is not a religious symbol. Instead it is a cultural symbol for luck; much like a horse shoe or a four leaf clover. 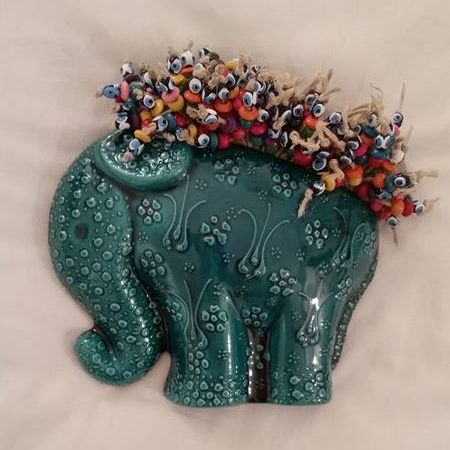 While nazars are typically made from blue glass with white, black, and yellow used as accents to create the eye, any material can be used to create the iconic shape. Evil eyes are often given as gifts, and are worn when traveling. They are commonly found in cars, in doorways, and as jewelry. The evil eye symbol can also be included within a hand shape, known as the Hamsa (or Hand of Fatima or Hand of Miriam). This is thought to add an additional layer of protection with a feminine energy, similar to a mother’s love. 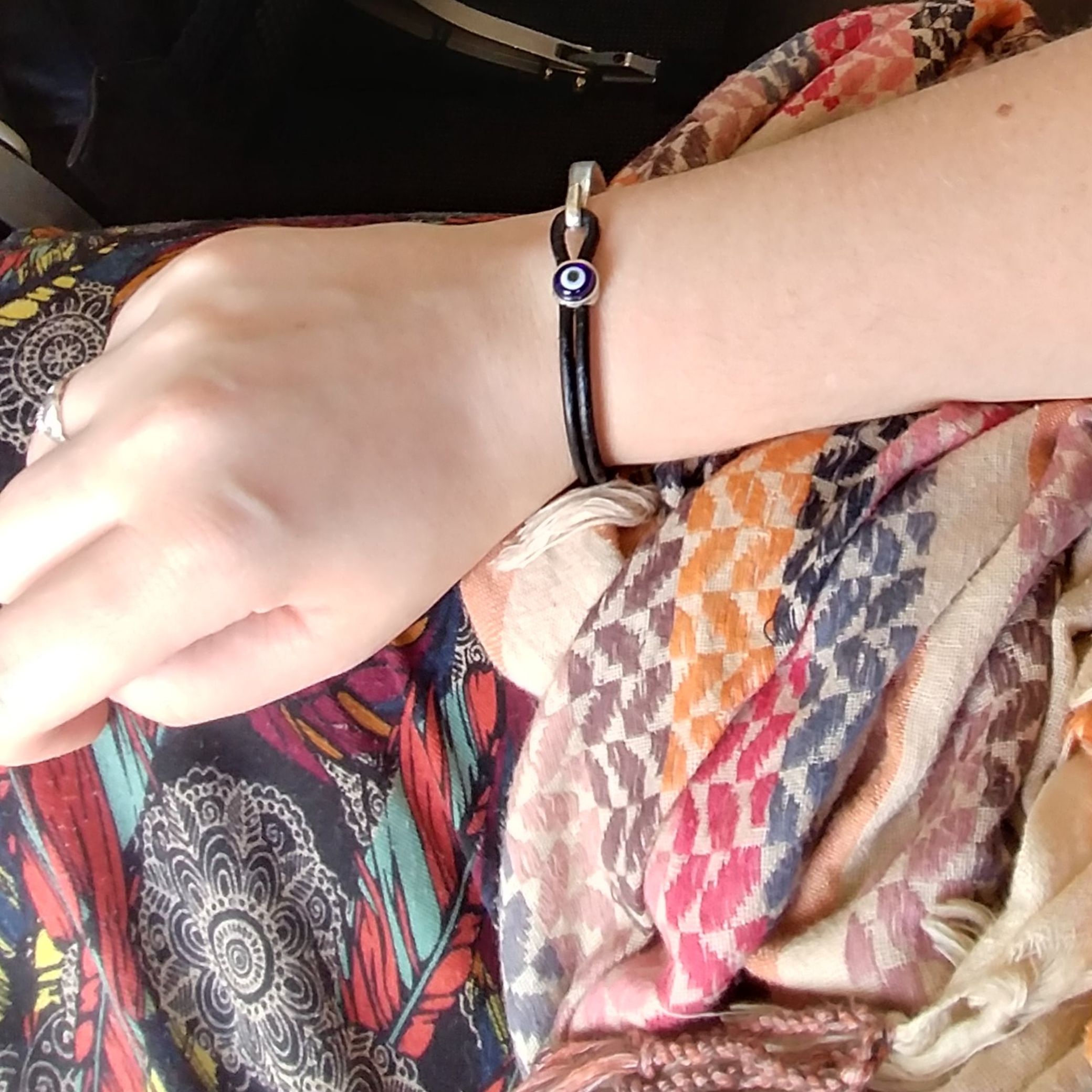 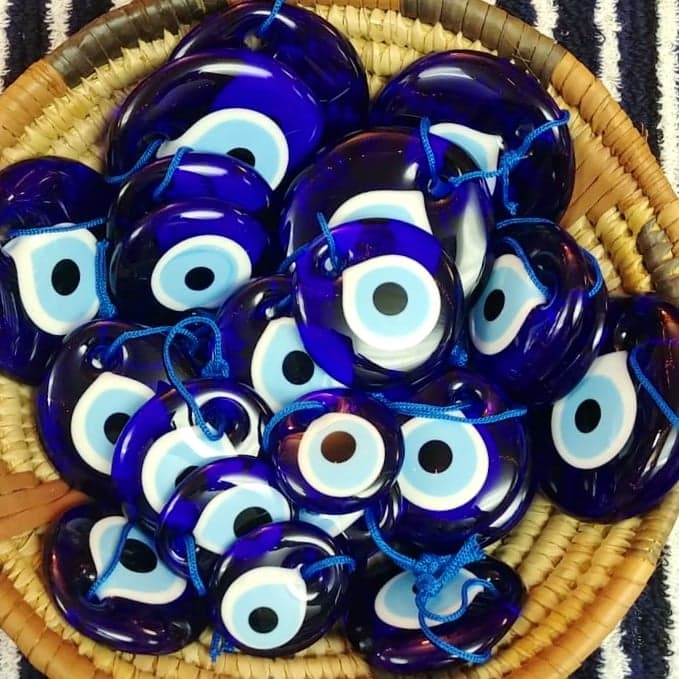 If a Nazar breaks or disappears while in use, it is said to have absorbed or blocked bad luck or jealous spirits. If your evil eye is broken, just throw it away outside the home, and replace with a new one. At the shop we carry a wide variety of Nazar. From simple glass eyes in a plethora of sizes to magnets, jewelry, scarves, key chains, and decorative wall art, there is an evil eye to suit every style! And, for the month of March, all our evil eyes are 10% off!

You have Successfully Subscribed!

It's #smallbusinesssaturday and we're open with al

It's rainy, grey days like today that have us want

Christmas has landed! Pop in to find the cutest or

Our new earrings from our friends at @ladlijaipur

These cuties have landed in the shop in the latest

And just like that, we're back! Francesca is in th

Dana of @urbanutopiaphotography is in the shop tod

When heading out on an adventure, wearing a favori

Autumnal colors are always in season!

A little hand is sometimes all you need. Photo ar